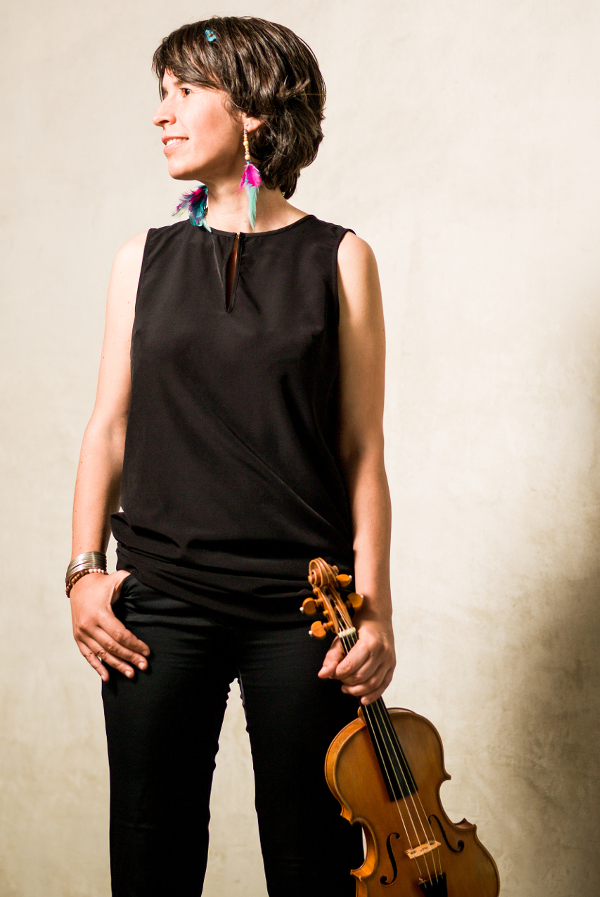 Since some years ago, Amandine Beyer is recognized as a reference in the interpretation of the baroque violin repertoire. Her recording of the Sonatas & Partitas by J. S. Bach in 2012, has been awarded the best international critics (Diapason d’or de l’année, Choc de Classica de l’année, Editor’s choice de Gramophone, Prix Academie Charles Cros, Excepcional de Scherzo....). The work in this masterpiece is being continued with the performance "Partita 2", choreographed and danced by Anne Theresa de Keersmaeker and Boris Charmatz.

She plays regularly in the most important halls and festivals worldwide (Théatre du Chatelet, Festival de Sablé, Innsbruck Festwochen, Konzerthaus de Viena...). She shares her time between between different music ensembles were she takes part off : les Cornets Noirs, the duos with Pierre Hantai, Kristian Bezuidenhout or Laurance Beyer and her own ensemble: Gli Incogniti (their CD's devoted to Vivaldi's Four Seasons and Corelli's Concerti Grossi have been welcomed by the international critic as new highlights in the performance of this repertoire).

Her other passion is teaching, giving lessons at the ESMAE of Porto (Portugal), as well as masterclasses worldwide (France, Taiwan, Brasil, Italy, Spain, USA, Canada). Since 2010 she teachs baroque violin at the Schola Cantorum Basiliensis in Switzerland.