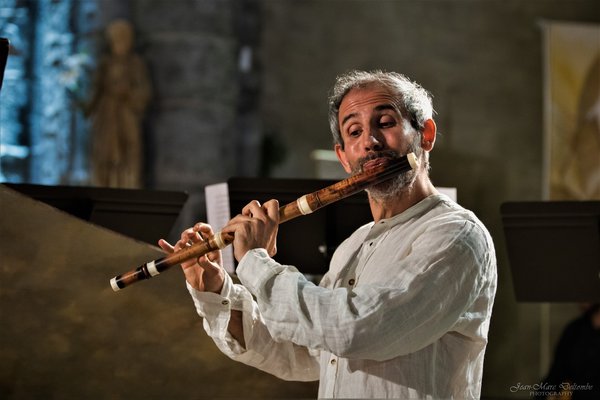 After studing modern flute with R. Guiot, A. Marion, I. Grafenauer and A. Persichilli, he began studying the historical flute. In 1999 he was admitted to the “Koninklijk Conservatorium ” in Brussels, where he studied baroque and classical flute with B. Kuijken , M. Hantai and F. Theuns and where he graduated “with distinction” in 2004.

He has recorded for Deutsche Grammophon, Decca, Naive, Deutsche Harmonia Mundi, Zig Zag Territories, Dinamic, Virgin Classique Atma Classique, Radio 3 and Stradivarius. He is one of the founders of Accademia Ottoboni. Their last CD dedicated to Boccherini’s chamber music (Outhere Music) was awarded the Diapason d’Or as the best recording of the year 2015 in the category “Baroque Instrumental”. He currently teaches historical flutes at the Conservatory of Perugia and is invited for traverso masterclasses.