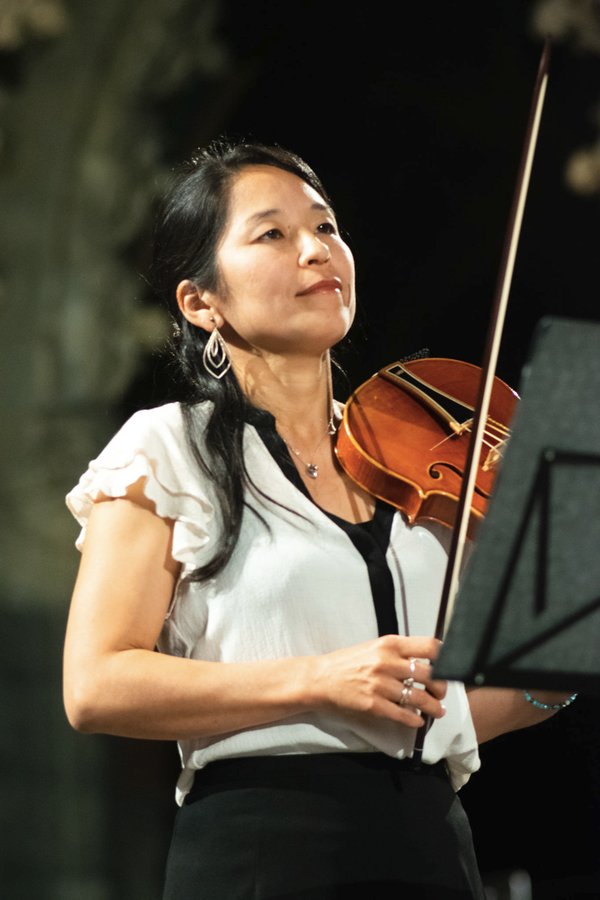 Born in Japan, Yoko Kawakubo studied modern violin at the Toho-Gakuen school in Tokyo. At the same time, she began baroque violin studies at the University of Fine Arts of Tokyo, where she graduated in 2006.

She moved afterwards to Europe to study baroque violin at the Conservatoire National Supérieur de Musique de Lyon (France) with Odile Edouard, where she completed her Diplôme National d'Etudes Supérieures in 2010. In 2007, she received the 4th Price at the IIIrd Baroque Violin International Competition in Rovereto in Italy.

She is a founder member of the Ensemble "Les Timbres", that received the first prize at the Bruges International Competition (2009) as well as the prize of the best contemporary composition. Their albums dedicated to Couperin and Rameau pieces received a “Diapason d’Or”. She plays regularly with prestigious orchestras and ensembles as Orchestra Libera Classica (H. Suzuki), Bach Collegium Japan (M. Suzuki), Le Concert Français (P. Hantaï), Gli Incogniti (A. Beyer).